The Stanley Parable: Ultra Deluxe is the story of a man named Stanley. Again. Stanley worked for a company in a big building where he was Employee #427. Employee #427’s job was simple: he sat at his desk in Room 427 and he pushed buttons on a keyboard. Orders came to him through a monitor on his desk telling him what buttons to push, how long to push them, and in what order. This is what Employee #427 did every day of every month of every year, and although others may have considered it soul rending, Stanley relished every moment that the orders came in, as though he had been made exactly for this job. And Stanley was happy.

And then one day, something very peculiar happened. Something that would forever change Stanley; Something he would never quite forget.

Let’s take a journey, we’re back in time, the year is 2011, all the big let’s players are playing this wacky new source mod called The Stanley Parable. On the surface it looks like nothing special, the metadata makes it seem like a pretty basic mod, and the thumbnail and promo materials just show a set of basic walls and doors from Half-Life 2. However, when people started playing this game, it became clear very fast that it’s something very special. After a series of events that I won’t go through here, two years later, in 2013, the original mod was expanded into an entire original game. It met with immediate cult status, becoming an instant Indie classic. Many years pass, with The Stanley Parable, in all its meta glory, fading into memory for many. Then, in 2018, The Stanley Parable Ultra Deluxe was announced! An expanded and remastered version of the original game that is sure to revitalise and bring back all the love the game had initially. The initial trailer, shown at The Game Awards, sets the release window to 2019, not long at all to wait to get our hands on it! However, on 27 November 2019, the release was delayed to 2020. In 2020, the entire world collapsed in on itself due to the biggest global pandemic in over one-hundred years, as such, on 18 August 2020, it was again delayed to 2021. Surely the game would be releasing for real this time, given three years, minus a bit for the virus, 2021 is the year for this game. On 2 December 2021, it was delayed to early 2022, while saying that the game was “content-complete and preparing for release”. Now, finally, the game is out, the big revamp of The Stanley Parable is in the hands of players, but was it worth the wait?

At the start of the year we did a retrospective review of the modern Indie classic, The Stanley Parable in preparation for this, The Stanley Parable: Ultra Deluxe. You can read that here, but I’m undoubtedly going to repeat some of the same points here. I’m about to get into it, so here’s a final warning for SPOILERS FROM HERE ON OUT! 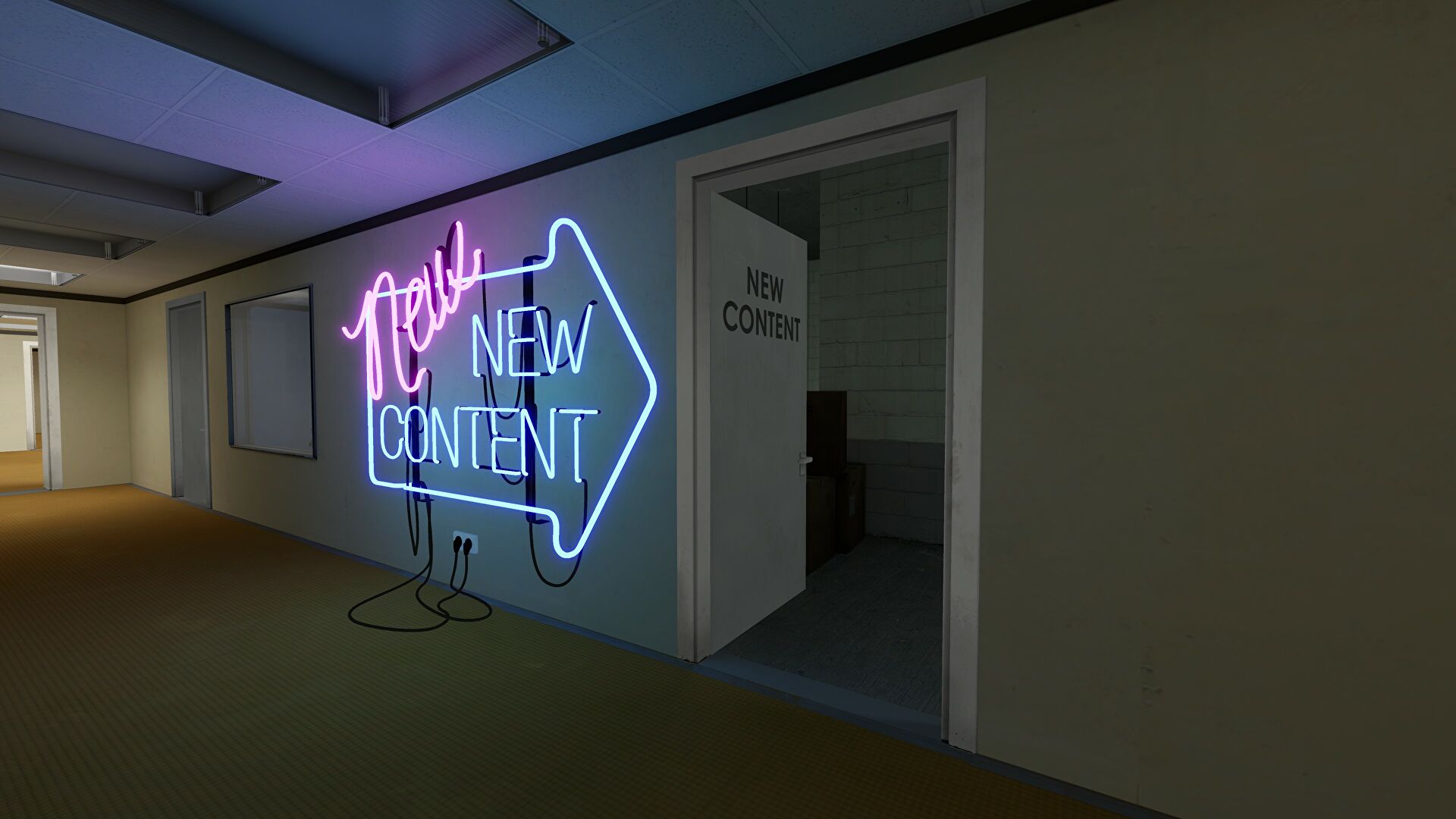 This is the story of a man named Stanley. Again. I went into this game expecting to be largely underwhelmed, a few new endings perhaps, maybe some bug fixes, but I came out of it not even knowing what this game is, is it a remaster? An expansion? A full-blown sequel? In the previous review we tentatively called this game a time-loop game, as it fits into the barriers of the genre well. You play through the game, learning more each time you fail, until you succeed! The difference here being that you can’t genuinely succeed. It’s up to the player to decide for themselves what the true ending is (for me it’s the Not Stanley ending). It’s a game that, technically, only takes about ten minutes to beat,  but as anyone who has played it will tell you, you can spend hours on end trying to crack the multitudinous secrets of this game.

If you’re wondering what it is you actually do in this game, much like Stanley, you press buttons. Orders come to you through a monitor on your desk telling you what buttons to push, how long to push them, and in what order. That is to say, in technicality, this is a walking simulator. There is no combat or item-based puzzles, in fact it’s a very passive form of problem solving for the majority of the runtime, you simply make decisions in the moment and see where they lead you. Looking at other examples of the ‘walking simulator’, for instance What Became of Edith Finch and The Beginner’s Guide (from the same developer as the Stanley Parable), these games contain large sections with very basic gameplay that largely has no effect on the overall narrative of the game. These are both fantastic games, but at times they’re more ‘experiences’ than games, which there’s nothing wrong with. The Stanley Parable, on the other hand, faces you with an integral decision straight away. You’re faced with two doors, you’re told to go through the left one, it’s almost cartoonish reverse psychology, but it works. And this is all the learning you need to do to play the entire game, from here on the entire game is made by these quick, split-second decisions. Exploring every crack and crevice of each room, going through every door on each loop; it’s almost as though everything you do in this game is by accident.

But what’s new in the Ultra Deluxe version of the game? Well, as you may guess, there are some important mechanics added, the foremost of which only being accessible after unlocking the game’s ‘new content’. I am of course referring to 𝓣𝓱𝓮 𝓑𝓾𝓬𝓴𝓮𝓽. 𝓣𝓱𝓮 𝓑𝓾𝓬𝓴𝓮𝓽 may just be the part of this new version of The Stanley Parable that impressed me the most. At first showing up during The Stanley Parable 2 showcase as seemingly a one-off gag, 𝓣𝓱𝓮 𝓑𝓾𝓬𝓴𝓮𝓽 later becomes available to you at the start of every single run. And at first while it may just seem as though it’s something you can carry around and some of the voice lines change, it soon becomes clear how deep the changes are that 𝓣𝓱𝓮 𝓑𝓾𝓬𝓴𝓮𝓽 unlocks. If you decide to grab 𝓣𝓱𝓮 𝓑𝓾𝓬𝓴𝓮𝓽 at the start of a given run, it entirely changes all thirteen of the original Stanley Parable endings into some absurd 𝓑𝓾𝓬𝓴𝓮𝓽 themed version of that original ending. From the Apartment ending shifting into a religious obsession about 𝓣𝓱𝓮 𝓑𝓾𝓬𝓴𝓮𝓽, to the red and blue doors becoming a quiz about what is and isn’t a 𝓑𝓾𝓬𝓴𝓮𝓽, to even the baseline ending for the game, that the narrator intended, becoming themed around 𝓣𝓱𝓮 𝓑𝓾𝓬𝓴𝓮𝓽 being sought after too highly. Many of these endings serve as references to the endings they replace, as well as other endings, the maintenance ending becoming an intervention that references the adventure line™ and the baby. It really is impressive the lengths they went to to implement the bucket into the different endings of the game. 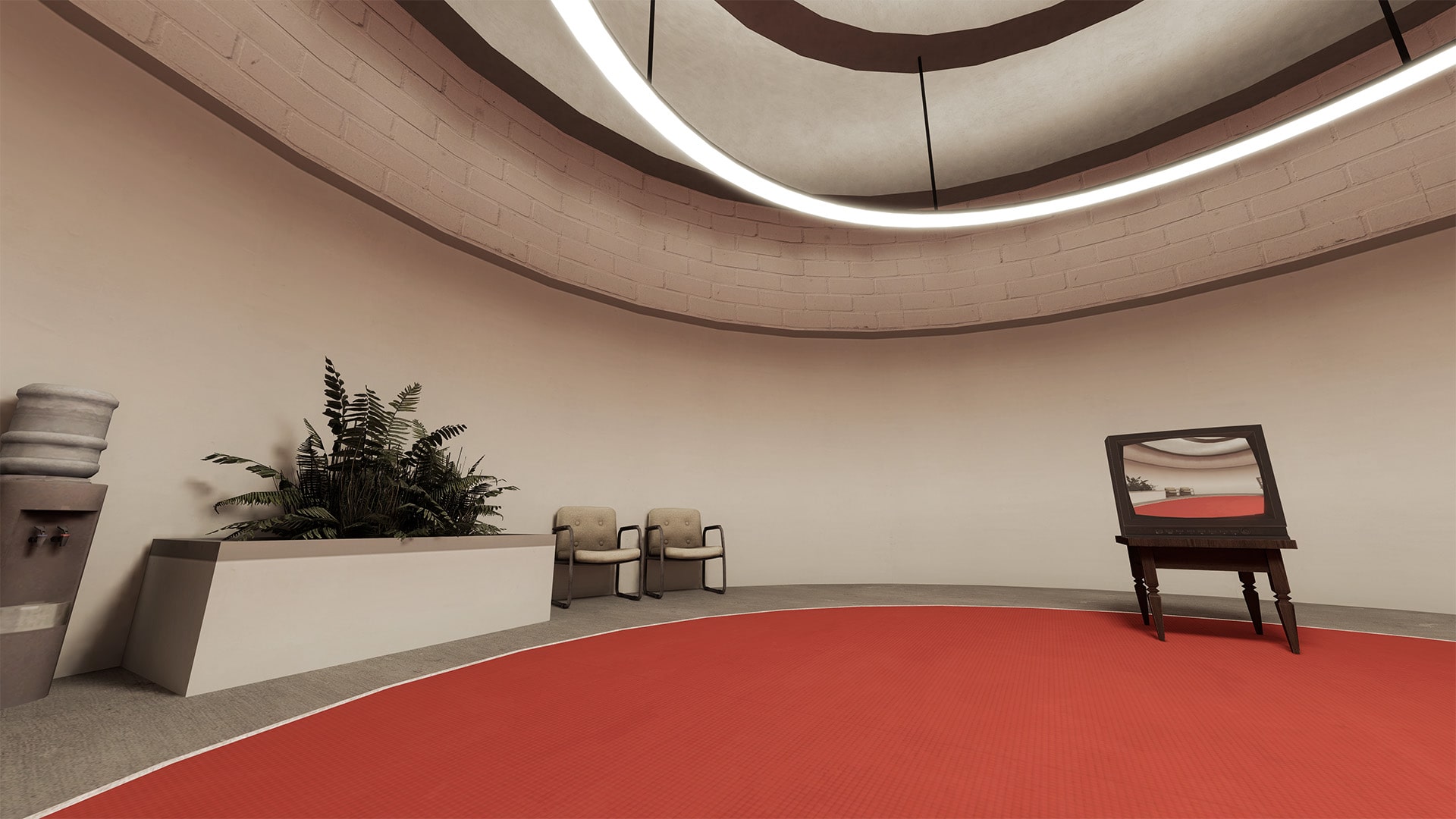 This is the story of a man named Stanley. Again. In the previous review I went over the thematic and literary depth of the story and writing, but here, as in the original; The narrator is the absolute highlight of the story, constantly putting your decisions into question and attempting to lead you down the set path they’ve designated, in the vein of GLaDOS from Portal 2. Each new section of dialogue, keeping the player questioning the real motivations of the scenario and causing them to want to really go against the grain where possible, with very basic game mechanics having an immense impact on the story; if you were to, say, stand still at a certain moment another path may appear and open new ways for you to go. Their effectiveness is all in the strength of the writing and the performance, presented in a  deadpan and flat manner, so that when the narrator breaks character it hits a lot harder. Performed wonderfully by Kevan Brighting, they are easily the driving force of not only the narrative, but the whole game. The narrator is the anchor that you have in what is essentially a non-traditional time loop game. He is the thing that pushes you forward, and equally tries to hold you back.

Here, though, the Narrator’s perspective shifts. Whilst in all 19 of the original endings he acted as a near-omnipotent god, upon unlocking the ‘new content’ he shifts into being, at times, almost a companion. You’re introduced to the ‘new content’ alongside the narrator, and only after does the narrator quickly pull together The Stanley Parable 2, and from the moment you get to the showroom for The Stanley Parable 2 does the game click. It’s a perfect expansion on the jokes and themes of the original without ever feeling like anything has been repeated, moreover, in the ‘skip button’ ending, and the subsequent epilogue (is the skip button the only ending to have a sequel?) adds a layer of intergenrality, with parts of these endings feeling eerie, occasionally scary, and sometimes genuinely emotional thanks to the revamped soundtrack of the game and some fantastic pacing and timing on the plot beats. 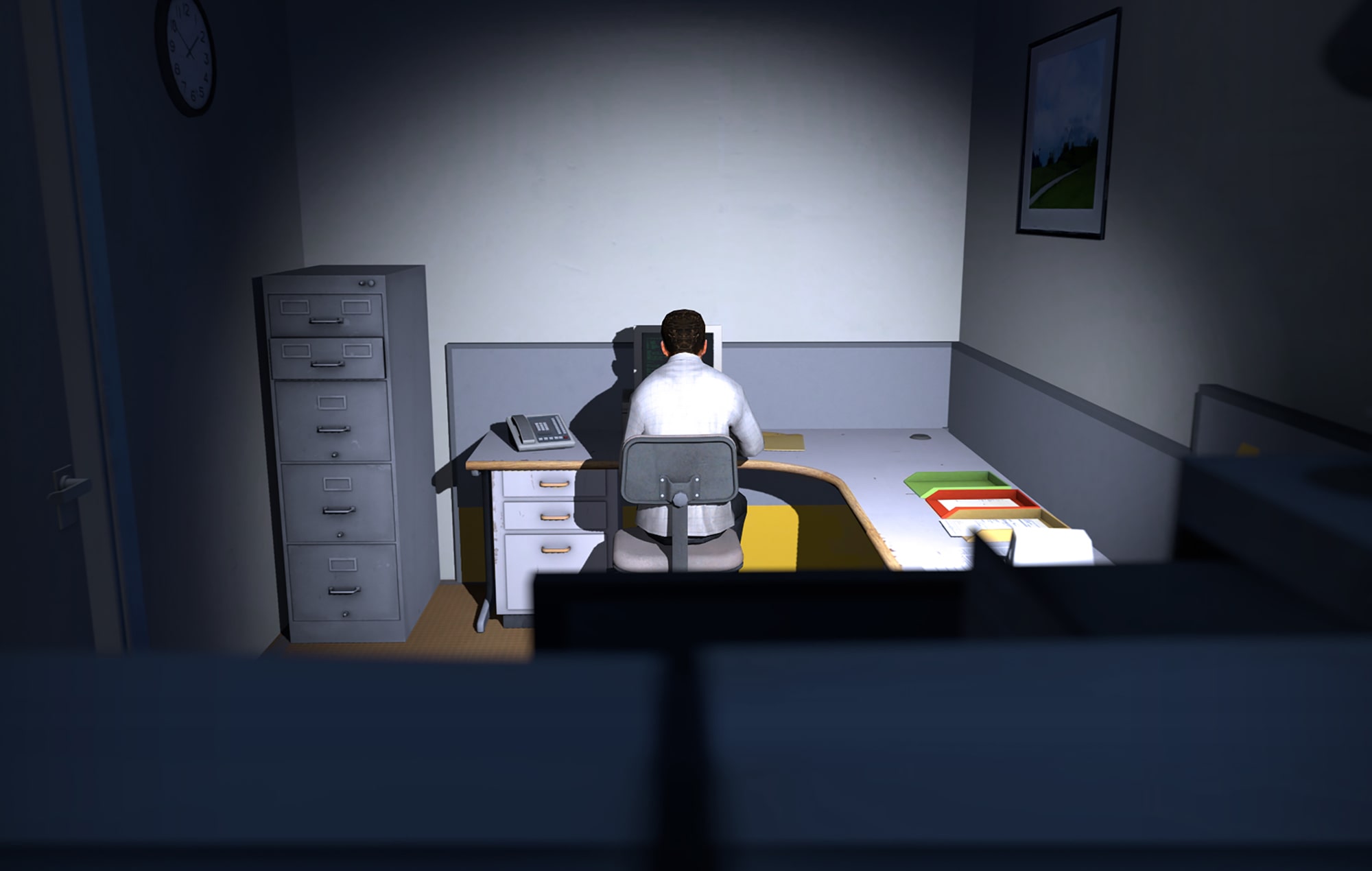 This is the story of a man named Stanley. Again. And it’s better than ever. The Stanley Parable: Ultra Deluxe is the perfect package for the modern gamer looking to play the game for the first time, and adds more than enough content for any long-time fan to be satisfied. This is a game that changed the trajectory of the indie scene forever, and even though Crows Crows Crows have gone on to bigger and brighter things, it’s good to know they never lost their spark for creating the utterly unique and utterly outstanding The Stanley Parable, now with extra 𝓑𝓾𝓬𝓴𝓮𝓽. 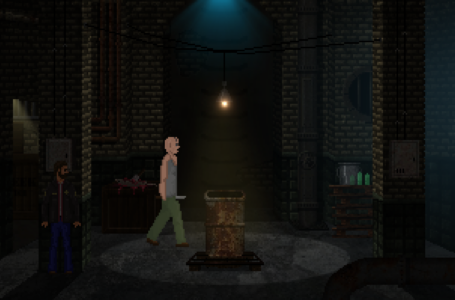 Explore the Horror Hollywood of the 80s...