Featuring nostalgic references and gameplay, pointed jokes about classic and current games, and combat that has you exploiting glitches intentionally, tERRORbane is now available on PC and Nintendo Switch!

An official description of the game describes: ‘Navigate The Developer’s clumsy level design by discovering bugs in each level and keeping track of them in the handy bug list. Playing each level once barely scratches the surface. Replay levels multiple times to discover new bugs which will lead to new areas and characters to interact with. Quaint JRPG towns, decrepit caves, and starships are waiting to be explored…with a fourth wall breaking plot holding everything together!’

‘Complete levels that pay homage to old school Final Fantasy and Zelda games, along with modern classics like Undertale and There is No Game: Wrong Dimension. From a DDR inspired minigame, tabletop card battling, and Pokemon Red and Blue-esque encounters, tERRORbane pokes fun at classic RPG tropes as The Developer provides hilarious commentary along the way.’ 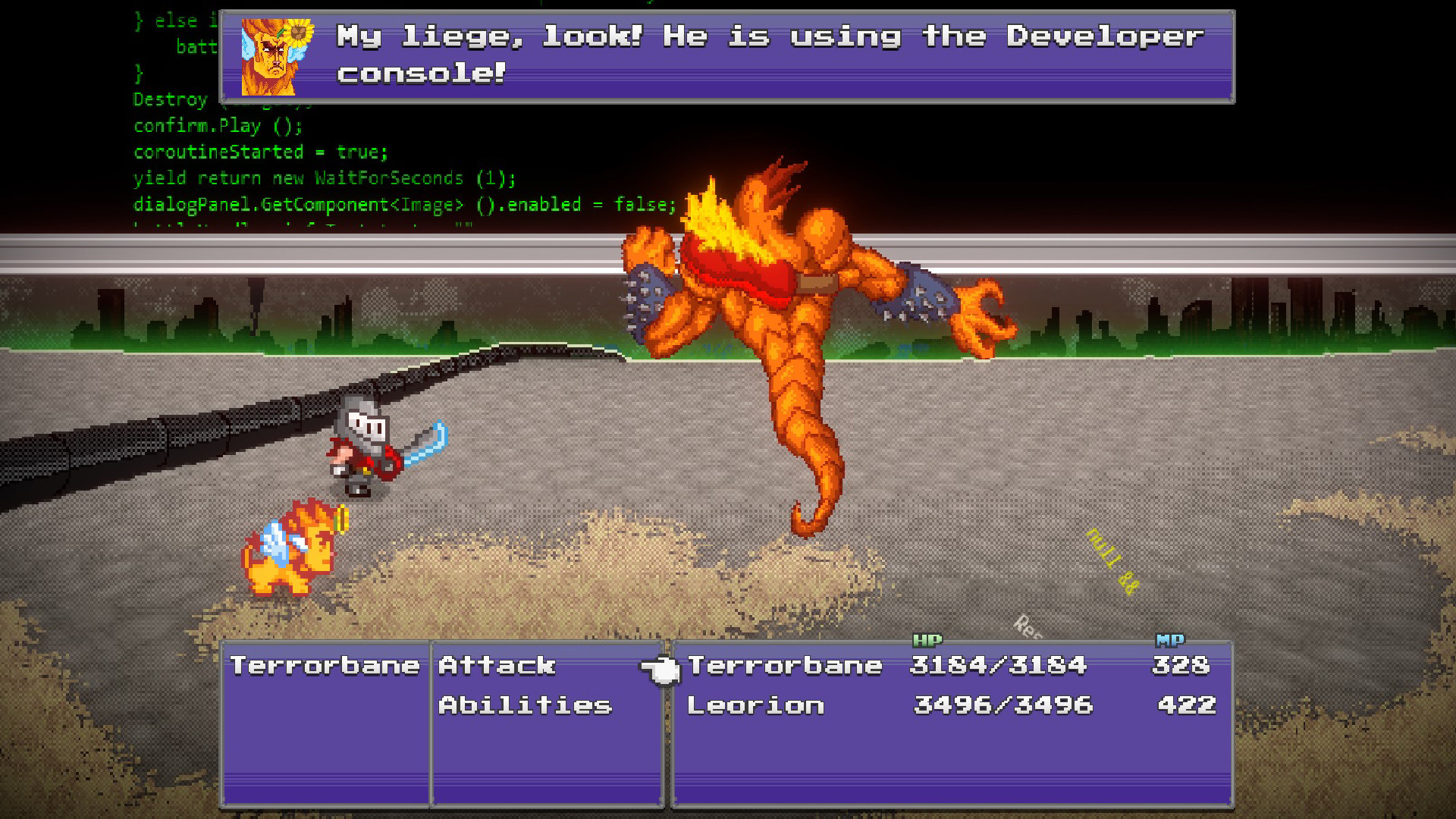 “We’re really excited to finally bring tERRORbane to all of its players,” says Andrea Leoni, co-founder and story writer at BitNine Studio. To us, making this game was an incredible journey and we hope that our love for the media of video gaming shines through to our audience, every step of the way they decide to take with us. tERRORbane truly is a labor of passion and we urge you to never believe the Developer when he tells you what to do or how you should do it. To us BitNine Studio, there is no incorrect way to enjoy our game, except maybe not having fun with it. So ‘GO FORTH, HEROES’ and enjoy some glitchy madness!”

tERRORbane is available now on Nintendo Switch and Steam for $15.99 USD with a 10% launch week discount. To keep up with more info about the game, join the official Discord. Follow the game on Twitter, Facebook, and Instagram.