Warhammer 40,000: Darktide is an independently developed and published horde shooter from Swedish studio Fatshark. With Darktide they’ve successfully re-contextualized the team based horde slaying combat of Warhammer fantasy title Vermintide into the 40K setting. With a narrative penned by Black Library and Marvel comics veteran Dan Abnett of the Eisenhorn trilogy and Horus Heresy fame (if you haven’t read Titanicus then you’re missing out on Das Boot in a walking cathedral) the lore side of things is in good hands – but we’re here to talk about how the current build on show at Gamescom 2022 feels to play, and to give you peek behind the curtain ahead of the new release date on November 30th later this year.

The Urge to Purge

I played it with 3 randoms and got hands on with the Zealot class – fanatically faithful humans that are high on big daddy E’s faith supply. Geared up with a power hammer, auto rifle and 2 incendiary grenades, the Zealot packs an active ability that makes your character shout a line about how tight praising the Emperor is, followed by a class ability in the form of a boost to your movement and melee attack speed. It works on a cooldown so is best used when getting bogged down in melee or going H.A.M. on a larger, tankier enemy.

The squad that I joined contained 4 classes including the psyker and veteran, all of who were functionally different but used similar character models of male convicts decked out in prison rags. All the fans who wanted to roleplay as 4 rank and file guardsman sent on a suicide mission after seeing the first teaser back in July of 2020, seems like you’ll be able to get pretty damn close. We didn’t have time to try it out but really looking forward to seeing character customisation in detail closer to launch.

Ranged and melee combat complement each other really well. When you’ve got waves of corrupted guardsmen coming at you reloading felt like a waste of precious seconds, so I got into the routine of mag dumping my auto gun and going into melee with the hammer before hacking my way out of trouble using the Zealot’s class ability if things got too hairy. The reloading? Saved it for the downtime between combat encounters, time wasted reloading is time better spent smashing heretic skulls, fight me.

Speaking of combat encounters – there’s a system in place that sends a horde your way as you push through different areas which your teammates’ characters will automatically call out so you know what’s coming unless you’re taking point. That’s where the Zealot’s incendiary grenades come in handy, putting a pool of fire down, buying you some breathing room, thinning out crowds of cannon fodder while creating a visually clear kill zone for your team mates to step away from and pour some las rounds/fun sized ogryn buckshot/psyker lightning into. Its worth mentioning that the hitmarkers on the crosshairs flash blue when you’re drilling through an armoured enemy but flash red when you finally finish off a kill. Its a neat visual detail that lets you know what you’re hitting, even when you might not be able to pick out what you’re shooting at in the horde.

But cannon fodder isn’t all you’re facing – enemy behaviour and types are varied with some regular sized heretics running in to shank you, corrupted ogryns lumbering in behind them and others hiding behind corners and keeping their distance while firing volleys of lasgun fire your way. And those lasguns hurt, the moment they hit me I was running for cover and that punchy thud had me wheeling around to see whether anyone was downed and needed a revive. Flashlight memes be gone, this is the lasgun done right (although the red laser rounds did look good lighting up the dingy, industrial rooms of the level). There are the equivalent of Left 4 Dead special units in there too – from tank/charger juggernauts that grab and pin you, to guardsman armed with guns that fire electrified nets, wrapping you up tight so that your team mates have to come and free you. When we all died, the game transitioned to a post-game screen where we were awarded XP and presumably some in game currency to spend (there were 2 types, one of them is premium and not sure if earnable – will clarify closer to launch).

And that’s how my 20 minutes with the Zealot and Darktide ended – hogtied in an electrified net while my buddies were picked off one at a time by lasfire while trying to revive me. Grimdark enough for you?

Warhammer 40,000: Darktide is available to wishlist and pre-purchase now. However, it will also be available Day 1 on Xbox Game Pass for PC – so if you’re on the fence there’s no harm in waiting, but for those with their cursor hanging over that pre-order button, be assured that whatever DLC or additional content is planned, and from what I experienced with the vertical slice on offer at Gamescom 2022, I’m confident in saying that the mechanics are the heart of the base game are worth the price of admission at launch alone. 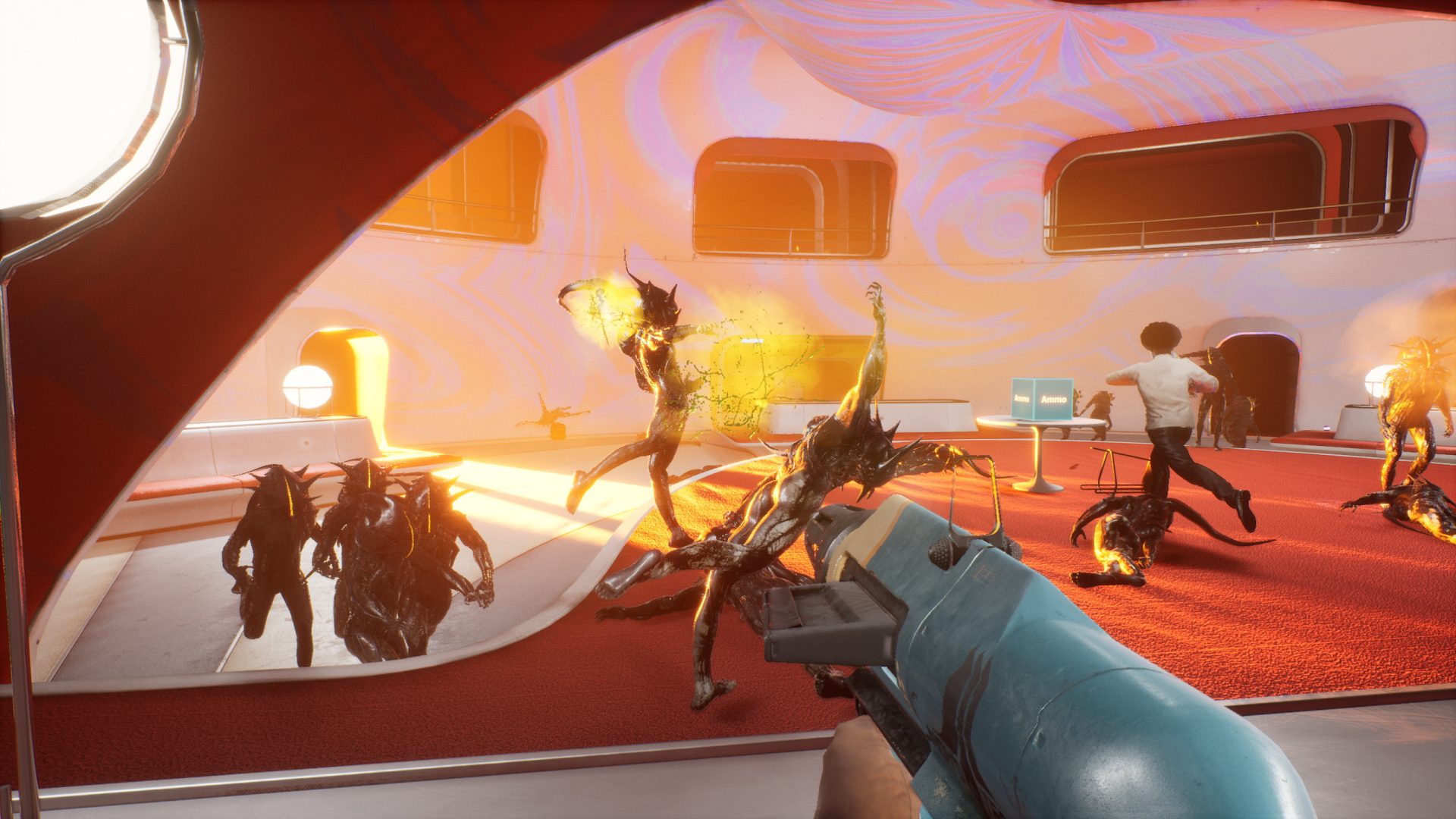 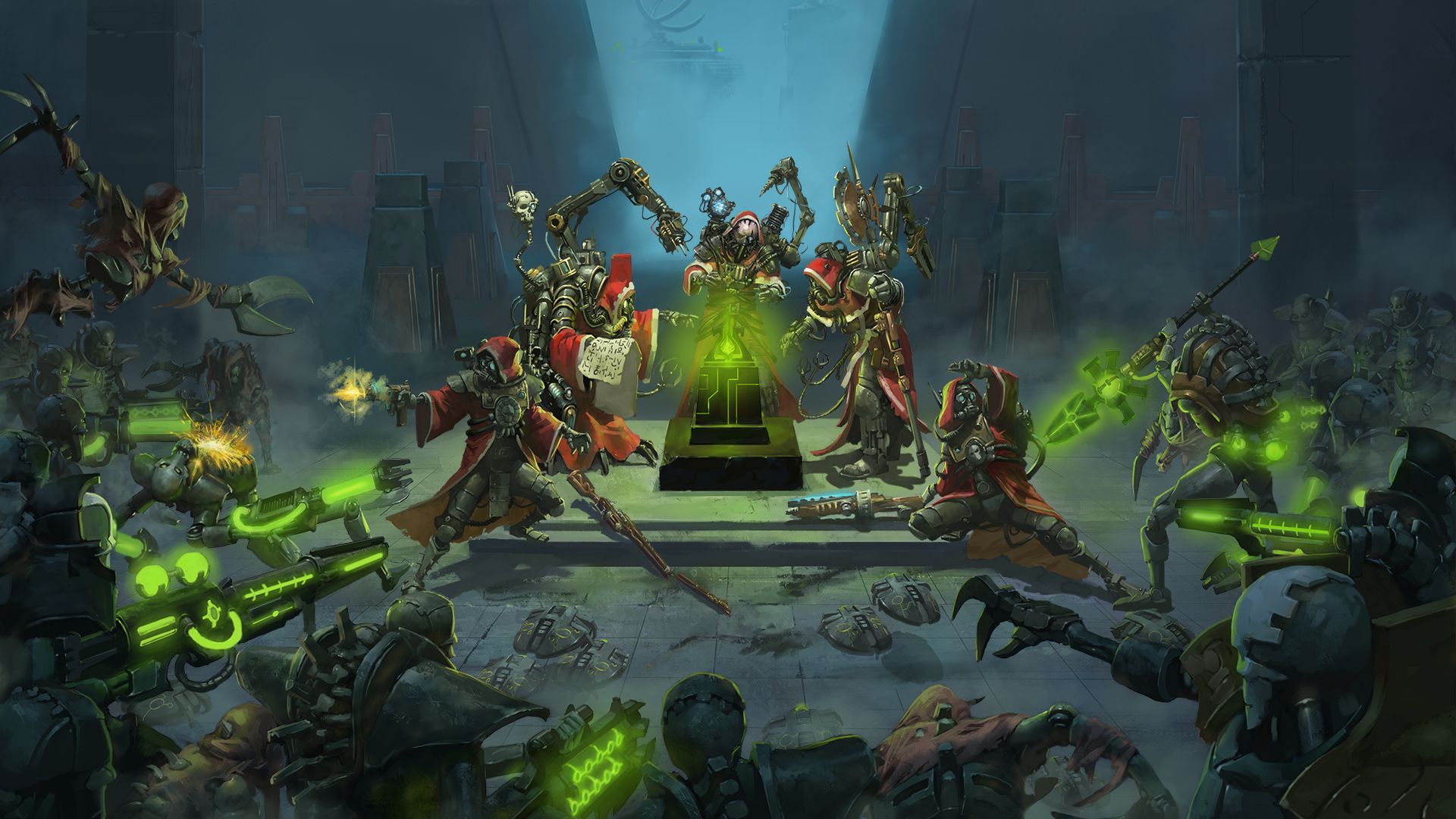