Esports have taken competitive gaming by storm over the past 10 years or so. Regularly filling stadiums and arenas with thousands of avid fans and plucky teams of international competitors, eSports competitions have swept the world with the likes of AAA titles like League of Legends.

With indie games also stepping into the virtual arena, with the first annual Stardew Valley Cup competition taking place in early September 2021, this has paved the way for more exhilarating games to follow suit.

The Machines Arena is one such game, a MOBA hero shooter promising an enormous boost to the world of team-based eSports. With the TMA Championship in Reykjavik, Iceland, taking place between October 1st and October 3rd 2021, we’re excited for an action-packed weekend of adrenaline, frantic fun, and mind-boggling strategic prowess from the competing teams.

What is The Machines Arena?

The Machines Arena is a fast-paced PvP game, pitting two teams of 4 players against one another in top-down combat mayhem.

Players choose from a variety of 6 different heroes across 3 distinct roles – from brawling close-combat tanks to long-range AOE healers – with a choice of human, android, robotic, or mixed characteristics for their hero.

Teams jump into action in the arena with multiple different game modes, maps, and challenges. Top-down viewing allows each team to strategize on the move, requiring teams to coordinate and push hard to decide their next plan of attack.

Current modes include genre classics such as Skirmish, a deathmatch race to the highest kill-count total, and Detonation, where one team must attempt to deploy multiple bombs in the enemy base while the other team attempts to thwart their efforts and secure the win.

Protect your fortress with dark magic in Ankh Tower!

What Makes The Machines Arena Different?

Unlike many AAA titles that involve gruelling hours of gameplay, grinding, and gritted teeth, The Machines Arena aims to turn the more agonising sides of 4v4 PvP games on its head. Instead, matches will be held in shorter, more explosive matches with a rough duration of 10 minutes, meaning that players can experience a lower entry threshold for casual play but with a higher skill ceiling for more hardened players (and eSports wannabes!)

While the game is still in the alpha stage of development, there have already been plenty of new features teased about The Machines Arena in the coming months.

Along with rumors of new heroes in the mix, Directive Games have already confirmed a number of new game modes in the future.

Whether you choose Pushback, where teams attempt to push the payload into each other’s bases while protecting their own, or PvE, where teams weather the storm against the game environment at the developers’ mercy, there’s still plenty to look forward to in the lead-up to the full launch of The Machines Arena.

Icelandic development studio Directive Games are no strangers to augmented and mixed reality technology and entertainment.

Spread across three continents, the international team are already veritable juggernauts in the VR game world, with releases like Ready Player One: OASIS and Super Kaiju under their belts, so they aim to bring the same vibrance and energy to their top-down PvP arena game, The Machines Arena.

In light of the unpleasant events earlier in 2021 at ActivisionBlizzard involving misogynistic harassment and toxic workplace environments resulting in the death of one of their team, Directive Games are taking a stand against bullying, abuse, and harassment in the workplace.

Earlier in September 2021, Directive Games have signed a treaty together with the Association of Game Manufacturers (IGI), the Icelandic Electronic Sports Association (RISÍ), and Game Makers Canada (GMI), committing to creating a safe workplace environment for their employees ahead of the 2021 TMA Championship and beyond.

“Positivity is a precursor to human success. We all need a good and inspiring environment if we are to succeed together.” 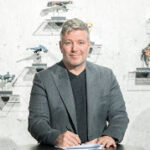 Thorgeir F. Óðinsson
Chairman of the IGI and GM of Directive Games

The zero tolerance policy sets out prevention measures for any bullying, violence, and sexual or gender-based harassment, and places managers and leaders in charge of shaping a supportive work culture in the Icelandic video game industry.

Iceland is a tiny island making a big splash in the eSports industry, with aims to become the top eSports destination within the next 5 years.

Playing host to a series of S-tier events in 2021 already, such as the League of Legends Mid-Season Invitational, Iceland and Reykjavik in particular has faced a huge surge in popularity thanks to the Icelandic Esports Association (RÍSÍ).

The TMA Championship 2021 promises to be the next exciting leg of Iceland’s eSports journey. 16 eSports teams from all over the world, including Alliance and eRaEternity, will be vying for the top spot of TMA Champions over a 3 day battle from October 1st-3rd 2021, all seeking the grand prize of $10,000 and the coveted TMA Trophy.

This exciting event kicks off Iceland’s autumn eSports calendar before the League of Legends World Championships begins in Reykjavik a few days later on 5th October 2021.

Where To Watch TMA Championships 2021

The first TMA Championship in 2021 will be streamed live from Reykjavik via official streaming partner Faceit on Twitch from 6.30pm BST on October 1st.

You can find the competing Teams, Battle Schedule, and more over at the official The Machines Arena website.

Where To Play The Machines Arena

Have you and your friends got what it takes to become the next TMA Champions?

Sign up for The Machines Arenas closed beta and join the action, available in Early Access during Q4 2021 on the Steam Store. We may even be covering you and your team’s progress at the next TMA Championships in years to come!

Ascent of Ashes is a Colony Sim to Look Out for